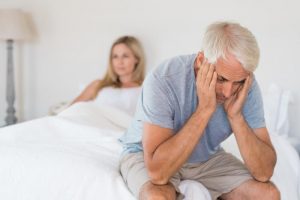 The patient pictured below has been diagnosed with Peyronie’s Disease for about 10-years. Conventional treatment has not helped the patient regain his penile shaft girth nor his penile symmetry.

As can be seen in the images below, the patient suffers from severe malformation with extreme asymmetric girth reduction and penile curvature. 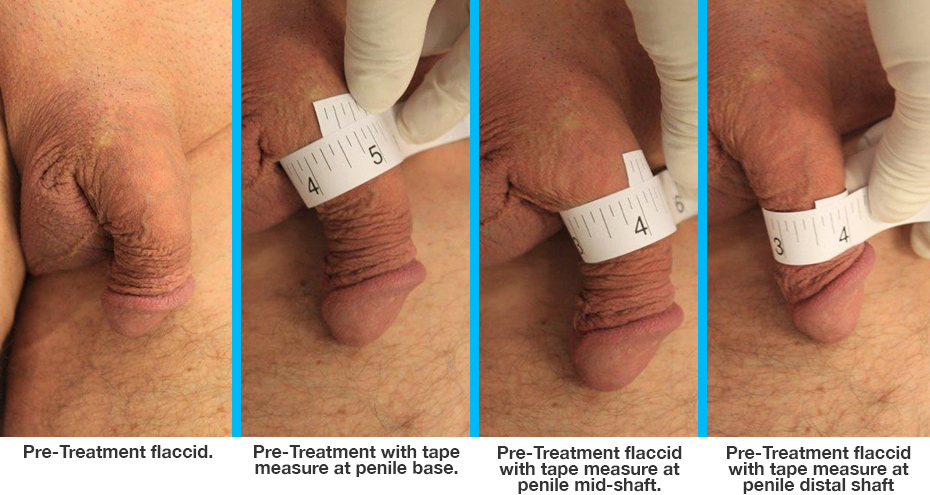 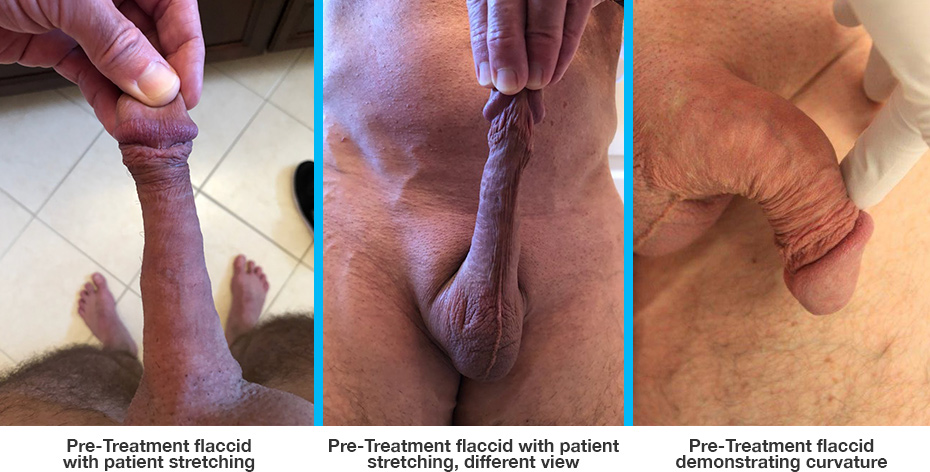 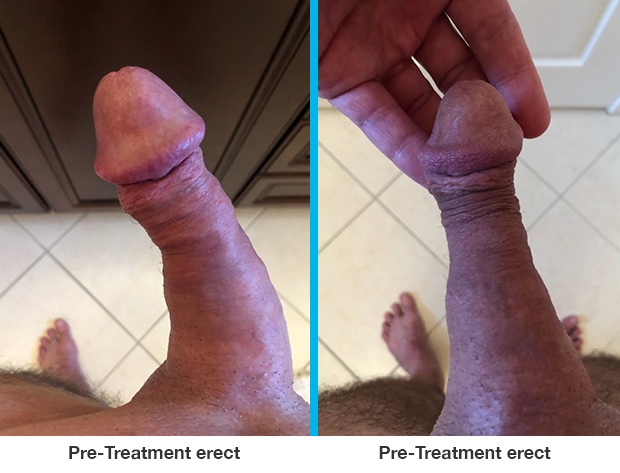 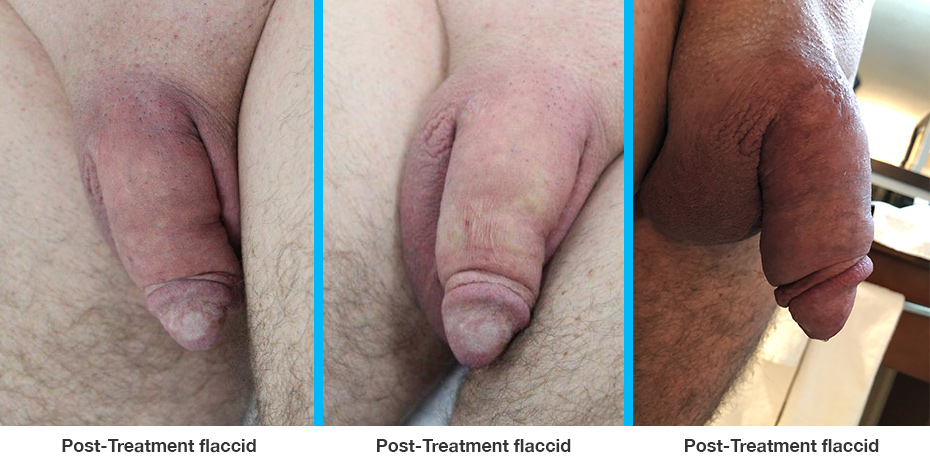 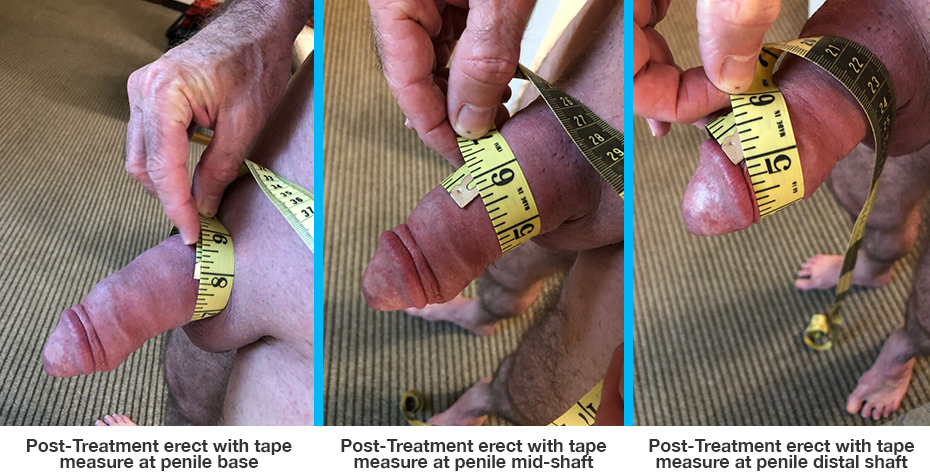 What is Peyronie’s Disease?

Peyronie’s disease is a noncancerous condition resulting from fibrous scar tissue that develops on the penis and causes curved, painful erections. Penises vary in shape and size, and having a curved erection isn’t necessarily a cause for concern. But Peyronie’s disease causes a significant bend or pain in some men.

This can prevent you from having sex or might make it difficult to get or maintain an erection (erectile dysfunction). For many men, Peyronie’s disease also causes stress and anxiety. Penile shortening is another common concern.

The curvature and penile shortening associated with Peyronie’s disease might gradually worsen. At some point, however, the condition typically stabilizes after three to 12 months or so.

Pain during erections usually improves within one to two years, but the scar tissue, penile shortening and curvature often remain. In some men, both the curvature and pain associated with Peyronie’s disease improve without treatment.

When To See a Doctor?

See your doctor as soon as possible after you notice signs or symptoms of Peyronie’s disease. Early treatment gives you the best chance to improve the condition — or prevent it from getting worse. If you’ve had the condition for some time, you may wish to see a doctor if the pain, curvature, length or other deformities bother you or your partner.