The average length of a penis 5 to 6 inches, but many men would lengthen their erect state, if given an option. There are various treatments used for penis enlargement, and among them are penis enlargement surgery and penile erect lengthening. Learn more about these treatments below. 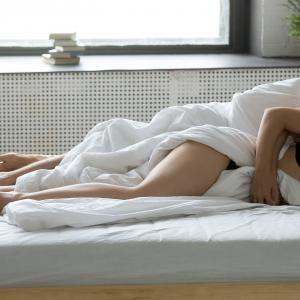 Surgeries currently available for penis enlargement are usually considered high-risk surgeries. Many physicians do not recommend them due to the seriousness of risks involved. Dr. Victor Loria offers less invasive options, some of which are proven to bring about desired penis enhancement and some of which are still in the experimental trial stage. Examples of penis enlargement surgery follow, and each includes Dr. Loria’s opinion regarding whether the surgery is a good option:

Other than having surgery, there are some treatments available that can lengthen the penis, though a great deal of time and consistency are involved, to yield results. For example, according to Dr. Loria, stretching devices that either push or pull on the penis to make it longer are much safer and far more effective than any medical or surgical treatment for penile lengthening. There is also a Roll & Stretch penile length enlargement system, which Dr. Loria developed and patented.  The device is still being tested, but he believes it will exert maximal lengthening force on the penile shaft tissue in a manner that is more efficient and effective. The device is still in testing stages and will be available sometime in 2018. Over time, penile pumps can stimulate some erect length gains, though such results are undocumented. Dr. Loria has designed and patented a medical penis pump that is far safer, more efficient, and more effective than standard penis pumps available on the market. Note: Penis pumps must be used according to instructions. If they are not used properly, tissue damage could occur. If you are interested in adding length to your penis or if you have questions about penis enlargement surgery and/or penile erect lengthening, contact Dr. Victor Loria today at 877-DR-LORIA (877-375-6742).