Do The Size of Your Hands Relate To The Size Of Your Penis?

Men have been known to take pride in a bigger, thicker penis from the beginning of time much in the way that some Women have longed for larger breasts. This isn’t something that is wrong or taboo. A bigger penis 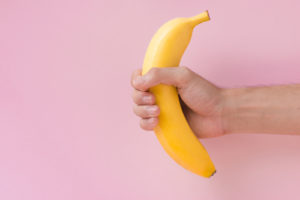 comes with its own perks and benefits. Your partner gets to enjoy more with a penis that is enhanced in thickness. However, it doesn’t mean that averaged size penises are at a loss. There are some people who believe that they can actually predict the size of a man’s penis by the size of his hands. Is there are any fact to this? Is there really an accurate way of determining through another body part the size of man’s penis?

Are hands a cue?

People for a long time have taken an enjoyment at looking at a man’s hand and assuming that he has a small or large organ depending on the size of his hands. You may laugh, but there is some truth to this but not in the overall size of a man’s hands or feet for that matter. It is a man’s fingers however that give a strong clue as to their probable penis size. The tell-tale sign is in the difference between the length of their index finger and the ring finger. This is due to hormones such as testosterone and DHT circulating in utero. This leads to a correlation between that ratio and the length of a man’s penile growth that not only affect penis size but interestingly enough digits (the fingers). A high ratio of difference between the index and ring finger predicted a bigger penis, whereas the lower ratio pointed towards an averaged size or smaller penis. According to the study published in The Asian Journal of Andrology, another factor that tended to point in the direction was the length of the ring finger as compared to that of the index finger. Men with a longer index finger were found to have a longer penis than their counterparts. The factors which could also impact the penis size are age, weight, height, BMI, digit ratio, racial differences and genetics. Out of all these, height and digit ratio are the most common factors that are crucial in predicting a penis size.

The same study showed that the lengths of flaccid and stretched penises varied across different men. A flaccid penis was negatively related to digit ratio. It did not mean that the length was related to the digit ratio. And it had its own reasons to be long. Moreover, the height factor was noticed in some men and others opposed the finding. In fact, some smaller heighted men were found to have a long and thick penis, either stretched or flaccid.

The relation between penis size and hands are related to the differences in races as well. That is because the penis size varies across nations and regions. With that, hands are also varied upon. Asian men have smaller to normal sized hands generally and the length of ratio between the fingers is also related to that. Parallel to that, American and African men have been known to have slightly larger penises. Here, the height and digit ratio depend on the physical appearance and features. One other factor that was visible was the thickness of a penis. And this is not related to height or digit ratio. It was an independent cue which was found to be different in men. All these factors could be taken into account when you predict a penis size. But these results could oppose these findings in some certain cases. If you’re unhappy with the size of your penis this can be easily changed.