Amazing Facts About the Penis

Most men would admit to being relatively familiar with their favorite organ, but do we know our genitals as well as we think? Below are 9 interesting physical and psychological (and possibly even a little freaky) things you probably didn’t know about your penis.

Your penis is longer than you think 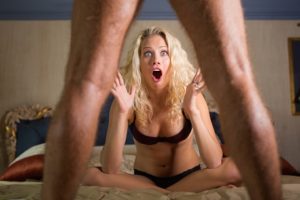 Approximately half of your length is inside your body. While you might resent the fact you have so much hidden away, it needs to extend well into your pelvic region to ensure it stays connected to the rest of your anatomy.

However, you can technically double whatever length you think you are, after all, it’s not your fault your partner can’t see it.

Nature hasn’t caught on to equality yet

The average man gets a 6-second orgasm, while the average female orgasm lasts closer to 23 seconds. While at first glance this may seem unfair, they do have to put up with us men, so it’s probably a fair trade.

Ejaculation doesn’t originate in the brain

The process of ejaculation originates in the spinal region. This effectively means men don’t have much control over the process, although distracting yourself from arousal (thinking about something else) is known to delay the process.

Thankfully, it’s now largely seen as a healthy part of the developmental process. There will always be the occasionally person obsessing about what others do in the privacy of their bed sheets, it’s probably best to tell them to ‘Mind their own business.’

When someone is born with two penises, it’s usually because of a rare condition called diphallia. In the majority of cases there are functional problems, but in a few cases, both penises function completely normally.

We’ve all heard at least one story about a rock star or actor who has had a rib removed so they can orally pleasure themselves. Although, the subject is usually dismissed as rubbish. However, 1 in every 400 men is flexible enough to pleasure himself orally.

Although 1 in 400 isn’t good odds, it’s estimated that the number of men who have tried is probably a much larger number.

How long do you last?

According to German research, average intercourse lasts 2 minutes 50 seconds. When women were asked to estimate the average time they overestimated, saying it last over 5 minutes on average. This either means we are really good, or they’re bored. We suspect it varies between relationships.

What do big feet mean?

Apparently, it just means big shoes, nothing else. According to the International Journal of Impotence Research, a person’s height and the length of their index finger are better indicators.

Babies often get erections while still in the womb (we’re sure Freud has something to say about this) and are often born with an erection. The average man experiences 4 to 5 erections during REM sleep. We are sometimes even known to stand to attention in the moments after death.

There are loads of facts about the penis and these are just a few carefully selected ones. From the Penis museum in Iceland, to the huge historical significance of the phallus, there’s still a lot to learn for those wanting to become an expert on everything penile.

Speak to a professional about your penis

If you’re a man suffering from a penis related issue, then Loria Medical can help. Dr. Victor Loria is an experienced professional with extensive knowledge about how to help men. In addition to this, he also provides a minimally invasive option for male enhancement. No surgery. No anesthesia needed. Just permanent results. Call today on 877-375-6742 for more information.